Some of the Best Things About Tooth Fillings 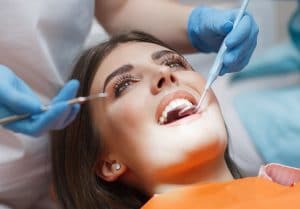 It isn’t always obvious when a cavity develops in your tooth. For instance, by the time it starts to make your tooth sensitive, the cavity may have already had ample time to progress and grow larger. This means the decay that causes it has grown more extensive and eroded more of your natural tooth structure. One of the best things about modern tooth fillings is that they can restore cavities of varying sizes. This means you still have a good chance of fixing your tooth with minimally invasive treatment if you address the cavity as soon as you notice it.

They can alleviate toothaches

Though it might not develop right away, one of the most notable early symptoms of a cavity forming is growing sensitivity in your tooth. This is caused by the erosion of the tooth’s structure, which makes it weaker and more susceptible to irritating sensations. The sensitivity can progress into a more serious toothache as the cavity becomes more advanced, and in some cases, it can be serious enough to be considered debilitating. Treating a cavity with a tooth filling means removing the decayed part of the tooth structure and any oral bacteria lingering in the cavity. This stops the decay from getting worse and eroding more of your tooth, and also eliminates the main source of your tooth’s discomfort.

They can prevent the need for more treatment

After removing the decayed part of a cavity and the bacteria that caused it, the tooth structure itself can still be vulnerable. The part where the cavity formed will no longer have natural enamel to protect it, which means the structure is more vulnerable to becoming infected once again by harmful oral bacteria. Also, the tooth can become structurally weaker, increasing its risk of being damaged by your bite’s pressure. After removing the decay, filling the cavity can seal it and protect the exposed tooth structure from re-infection. By replacing the lost tooth structure, the filling can also restore much of the tooth’s strength, integrity, and ability to function properly.

Tooth fillings have been a part of restorative dental care for longer than many other modern treatments. However, today’s restorations are often designed to do more than just restore a tooth’s strength after its cavity has been treated. For example, many of today’s fillings are crafted from a biocompatible composite resin, which is comprised of finely ground acrylic and quartz-like particles. The resin can be tinted to match your tooth’s unique color and shade, so once it’s placed in your cavity, it will blend in with the healthy tooth structure that surrounds it.

Learn if a tooth filling is best for your cavity

If you have a cavity, then treating it early with a custom tooth filling can help you avoid a number of more serious oral health complications. To learn more, schedule your appointment by calling Healthy Smiles in Gary, IN, today at 219-938-2637.