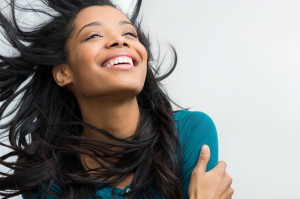 For over 150 years, the tooth filling of choice has been metal amalgam—a mixture of liquid mercury, silver, tin, copper, and sometimes other metals. While amalgam has proved an inexpensive and adequate solution to filling cavities, there are many disadvantages to amalgam fillings that are alleviated with the use of newer, composite resin fillings.

A History of Metal Fillings

In the 1800s, metal dental amalgam was introduced to the American public by two English opportunists, the Crawcour brothers. At the time, gold was the standard for dental work, but few people who needed dental work could afford the precious metal. The introduction of the inexpensive alternative sparked a rage, both for and against the material. Patients who could finally afford to have their tooth decay removed and the cavities refilled rejoiced at the news, while dentists across the land refused to expose their patients to the risks associated with mercury exposure.

The Disadvantages of Metal Amalgam

Even today, there are certain aspects of metal fillings that place them at a disadvantage to more modern materials. For instance, because they are made from metal and liquid mercury, amalgam fillings are prone to shifting, expanding, and contracting when exposed to temperature changes. If a metal filling changes its shape after it has already been placed, it can create spaces between the filling and the tooth structure, creating a pathway for further bacterial infection.

To eliminate the worries associated with amalgam, we offer our patients composite resin fillings. The tooth-colored alternative is bonded to your tooth structure to avoid shifting and slippage, and since the material is the same color and shade as your tooth, composite resin is a more secure option, as well.