What’s This About Seaweed? 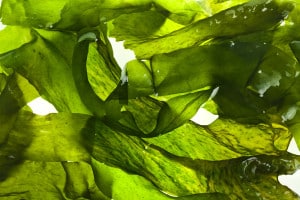 Seaweed has been of pharmaceutical, industrial, and botanical interest for centuries. Its high nutrient content made it a popular food in Asian countries. The Japanese, Romans, and Chinese used it to treat medical issues. Seaweed is high in vitamin K, an important source of minerals, and is low in sodium. Recent research indicates that seaweed may help keep your gums healthy. Continuous research on the oral-systemic connection has shown that healthy gums could mean a healthy heart and an overall healthier body. So, what’s this about seaweed?

The connection between your oral health and the health of your body is a highly researched topic. There have been numerous studies showing a connection between periodontal disease and other systemic diseases including diabetes, heart disease, lung infections, impotence in men, and more. Periodontal disease is a chronic inflammatory disease of the gingival tissue. It is held that the pathogenic bacteria that cause this disease filter into the blood stream causing inflammation elsewhere in the body and contributing to other diseases.

Fifty-seven species of seaweed have been tested against two anaerobic pathogenic bacterium, Prevotella intermedia and Porphyromonas gingivalis, both associated with gingivitis and periodontal disease. Seventeen species of seaweed inhibited the growth of both bacteria. The phenols existing in certain types of seaweeds have been proven to eradicate the bacteria. Mouthwash consisting of seaweed extract was developed and tested against commercial mouthwashes. The seaweed extract mouthwash fared equal to better, better because commercial mouthwashes killed both good and bad bacteria, whereas the mouthwash that contained the seaweed extract eradicated only the bad bacteria. A healthy balance of both good and bad bacteria is crucial to the health of your oral cavity.

ABOUT YOUR GARY, IN DENTIST:

As a native of northwest Indiana, Nicholas Cain, DDS, is dedicated to providing excellent general, preventive, and family dentistry services to the community that raised him. To schedule your appointment, call Healthy Smiles today at 219-938-2637.